3D printing is rapidly evolving as a competitive market. What once was solidly a hobbyist's niche is now expanding as school kids (and their parents) are exposed to the technology. More and more 3D printing-related companies are entering the retail space and the expanding competition is great for consumers. Prices for machines, parts and filament have been driven down as a result of predictable market forces.

My first 3D printer, the Printrbot Plus, came as a basic laser-cut kit of parts for about $750.  You can get a genuine Prusa i3 Rep-Rap machine, with all kinds of sexy, for less than that today (It's open source and you can get a clone for less than $200!!). In a world where people will pay $800 dollars for a phone - a PHONE!! - cost is quickly evaporating as a barrier to entry for many people. I can only imagine the development of 3D printing in the hands of brilliant young minds that grow up it. Take any outlandish predictions you hear with a grain of salt, but know that the reality will exceed them in both scale and scope.

I design and 3D print pinhole cameras. When I got my first 3D printer, I really had no idea what I would do with it. I taught myself 3D design, made a lot of mistakes, and eventually applied my skills to another hobby: photography. The results vastly exceeded my expectations and I have approximately forty pinhole cameras (plus miscellaneous variations) and related devices posted on Thingiverse.  They are all available for download, by anyone, and they are used by photographers all around the world.

Of course, I 3D print, assemble, and test every camera I design, and there is a growing demand from people who want to buy a camera from me. I have mixed feeling about this. 3D printing is really about distributed, one-off, or customized production; Anyone can download the files from the Internet and make their own, and make it to their own preferences. This is the perfect model.

However, the intersection of film photographers and people with access to 3D printing is a relatively tiny group of people. The more cameras I make for people, the fewer I can make for myself and friends. On the other hand, I've seen enough of my cameras bodged by indifferent assembly or out-of-whack printers to know that I am going to print and build the better camera. I've sent people cameras with defects (light leaks, weak parts, poor fit, etc.), and it's morbidly embarrassing, albeit educational.

One of the primary issues I've seen is 3D printing filament (the raw material, kinda like weed-eater line) that isn't opaque enough for photographic use. I started with ABS, the same plastic LEGO are made from. Optically, it's an ideal material for a camera - it's opaque, flexible, and strong. It also stinks like cancer when you melt and extrude it. It's also fiddly to print, requiring absolute control over ambient temperature to prevent warping and cracking. This becomes really difficult in a poorly heated space like the Schlaboratory. When I got my Lulzbot, I found that, even with a box and a 300W light bulb inside the box, I couldn't get clean prints. That's when I switched to PLA.

PLA, or PolyLactic Acid, is a bioplastic that is compostable, benign, and dimensionally stable when 3D printed. It's the same stuff your fork is made from (by city ordinance) at Seattle area take-out restaurants. It literally smells like maple syrup when melted in the printer. PLA comes from plant-based starches, like corn, and is completely renewable. It comes in vibrant colors, but it's often not opaque.

I started my love affair with PLA using a budget-priced black filament from SHAXON, made in China. It worked well for many months, even though it's quality and dimensional accuracy (and, presumably, purity) were in question.  Then one day I designed and built a box camera that didn't work as expected. I wracked my brain trying to find the defect in the design that caused the photo-destroying light leaks present on my images. At some point, it occurred to me that maybe the filament wasn't fully opaque. I tested this with a bright LED flashlight, and, sure enough, a dim purple spot of light glowed faintly through the body of the camera. Well, shit... I had a dozen spools of the stuff and they all failed an opacity test.

I resolved that this was what I should expect from a bottom-feeding price point product, and began spending more for my black filament, in a quest for higher quality. For a while, Makergeeks "Dark as Night" filament worked perfectly. Then suddenly it wasn't opaque. I got some Matterhackers filament in black and dark grey. The black wasn't opaque, but the grey was! Then it wasn't. JustPLA sold me a spool of perfectly opaque black PLA, so I bought a 5 kg spool. Not opaque. Then I used many spools of Rigid.Ink filament with fabulous results until it quit being opaque also.

I devised an opacity test tool, and posted it on Thingiverse. I pleaded into the depths of the Internet for a crowd-sourced black PLA opacity test. My standard is no detectable light through 1 mm of solidly printed PLA when proximally back lit by a 70 lumen light. The following filaments have been tested and essentially all have not been found to e opaque enough for photographic applications:

I submit this: Opacity is a fundamental property of (3D printable) plastics. Engineers have used various plastics for applications that demand opacity for more than a hundred years. This is not an esoteric nor exotic requirement for a material that might be used in an infinite number of ways. Filament manufacturers specify properties like "glass transition temperature", dimensional variation, and other technical data every day, yet no one publishes a spec for opacity.

I have a backlog of people who want to buy one of my cameras, but I don't have a suitable PLA. I am considering converting my Lulzbot to 1.75 mm to increase my options. Painting the inside of the camera is both a cheap hack and a temporary fix as the paint eventually wears off in spots.  I can't get hardened nozzles for my Budaschnozzle extruder, so carbon fiber is a no-go.

I want a genuinely opaque black PLA in 3.0 mm. I've used it, so I know it can be done. I will gleefully pay more for a filament that consistently meets this spec. The market needs to respond to both ends of the price/quality curve. As a 3D printing evangelist, I beseech someone to rise to this challenge. I can't be the only kook out there with this requirement.

Thank you, Internet, for any and all help!

Excelsior, a poem written by Henry Wadsworth Longfellow in 1841, has long been the subject of parody and reinterpretation. Submitted for your perusal, my pinholish take: 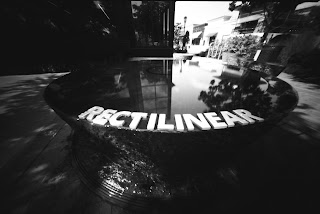 Posted by The Schlem at 4:08 PM No comments: